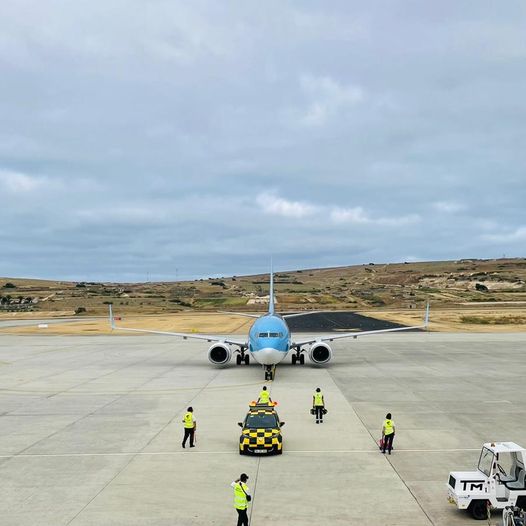 Airport Fees Need to be Reviewed!

Madeiran deputy, Patrícia Dantas, today confronted the Minister of Infrastructure and Housing, Pedro Nuno Santos, regarding issues related to the airports of Madeira and Porto Santo.

“Knowing that the construction of the new Lisbon airport will force the renegotiation of the contract with ANA/VINCI, and knowing that the fees charged at Madeira airports are the highest of the ANA managed airports, I would like to know whether or not there is availability and willingness of your Government, within the scope of this contract review, to also review the fees charged at Insular Airports?” She went on to say that the quality of service of Portuguese airports has been called into question, as Portugal has within its borders, the worst airport in the world!

Patrícia Dantas insisted on knowing the status of the works planned for Porto Santo Airport – whose project has not yet been presented to the Regional Government for their input – ​​and, also, about the expansion plan and the airport’s capacity to grow to Madeira, given that this last airport infrastructure shows a movement, in accumulated terms, which points to more than 8% above that registered in 2019 – in a pre-pandemic phase – which contrasts with the national average, a performance that was highlighted by the CEO from ANA, Thierry Ligonnière, publicly mentioning that “Madeira Airports – due to the potential and international recognition of the destination, as well as the dynamics of domestic traffic – are a reference for the entire Vinci Airports network and are the ones that are recovering the fastest 2019 traffic.”

Pedro Nuno Santos, faced with the three questions presented, limited himself to answering about the Porto Santo works: “these works are, of course, the responsibility of ANA, they are works that are delayed, they should be finished this year and, at this moment, , this investment is in the execution project phase. ANAC has been monitoring it and, therefore, let’s hope, I don’t know if in 2023, unfortunately, but let’s hope that the project is completed as soon as possible so that ANA can carry out the works it is obliged to do”, he said, without adding anything else regarding to the other requests for clarification made by the Member.”