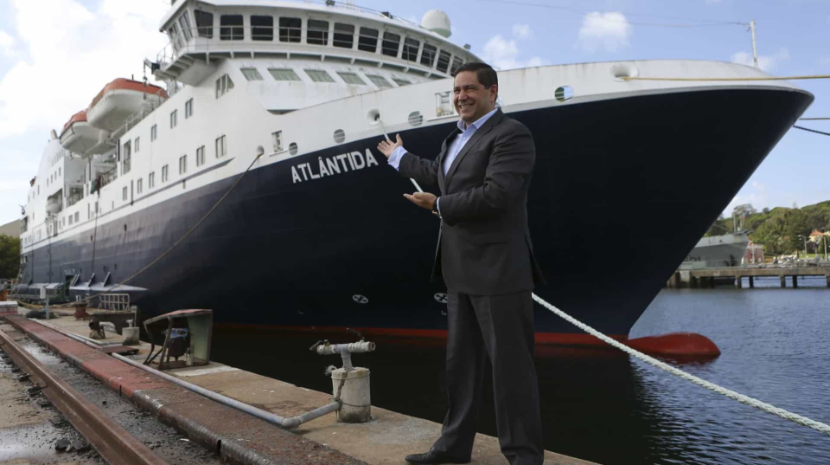 Investigation Into Sale of Yacht to Mário Ferreira’s Company

The Public Ministry and the Tax Authority today carried out investigative searches in Porto, Funchal and Malta with regards to the sale of a ferry (Atlântida) to a company based in Malta.

A judicial source confirmed to Portuguese newspaper, Lusa, that one of the companies being searched is Douro Azul, owned by businessman Mário Ferreira.  The company apparently sold the ship in 2014 to the Viana do Castelo shipyard, which then a year later sold it to a company based in Malta.

According to a statement issued by the Central Department of Investigation and Criminal Action (DCIAP), eight searches were carried out on companies, including law firms, with their investigations centering on tax fraud and money laundering.

Two judges, five public prosecutors, nineteen inspectors and forensic experts from the Directorate of Fraud Investigation and Special Actions Services (DSIFAE) of the Portuguese Authority participated in the searches, which are taking place in Portugal – Funchal and Porto – and also in Malta.  The Tax and Customs Service (DSIFAE), and twelve members of the Tax Action Unit of the GNR are also involved in the investigation.

According to the DCIAP – steps are being taken to “gather evidence related to the sale” of the ferry to a company based in Malta.

The investigation continues under the direction of the DCIAP, a department of the Public Ministry that investigates serious, complex and sophisticated organised crime.