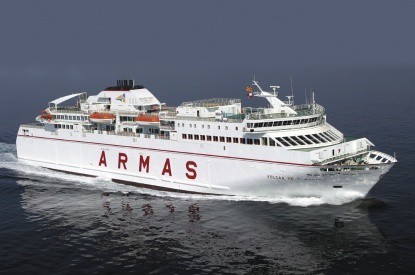 The lack of a ferry service between Madeira and the mainland reared its political head again today when Élvio Sousa (JPP Parliamentary Leader), accused successive governments of acting illegally for the last eleven years regarding the elusive ferry promise.

During his passionate speech he stated…

“The Political Administrative Statute enshrines the Principle of Territorial Continuity (Article 10) and mentions that “the State adopts, in accordance with the rules of the European Union and applicable legislation, measures aimed at, in accordance with the principles of solidarity and territorial continuity, lower the effective cost of maritime and air transport of passengers and goods between islands and between the islands of the archipelago and the mainland, listening to the Regional Government.”

In this chapter of mobility, “one of the issues that remains pending resolution for more than 11 years (since May 2011), lies in the lack of regulation of legislation that extends the mobility allowance to maritime transport. And that Article 4, point 2 of Decree-Law no. the Autonomous Region of Madeira and between the latter and the Azores), states that the “value of the social mobility allowance is based on the eligible cost and the maximum value established in an ordinance of the members of the Government responsible for the areas of finance and air transport and maritime.” Point 4 of the same article reads that “autonomous ordinances can be approved and with different criteria for maritime transport and air transport.”

“Article 1, point 1 of Decree-Law no. Autonomous Region of Madeira and between it and the Autonomous Region of the Azores. Do not forget that the social mobility allowance is one of the main incentives for passenger transport on the Ferry line. Introduced, in May 2011, the extension of the mobility allowance to maritime transport to date, no Government of the Republic, in office (from 2011 to 2022), has kept its word. All failed to implement the elaboration of autonomous ordinances. PSD, CDS and PS did not comply with the law. They did not develop the necessary regulations to extend the social mobility allowance to maritime transport. Eleven years of illegality, of legal non-compliance. Eleven years of disrespect for the populations of the autonomous regions.  The territorial continuity must be guaranteed both by air and by sea, respecting the constitutional principles of the harmonious development of the entire national territory and the outermost character of the territories. Madeira and the Azores are the only European islands that do not have maritime connections for passengers, and with aggregate cargo, with the European continent. These are historically relevant in the historic-maritime vocation and essential in the dimension of the national economy and in the globalisation of markets since the 15th century, these insular and outermost territories unequivocally guarantee a geostrategic dimension to the country and the European Union.”

Concluding he added “many recommendations have come out of this House to the Government of the Republic with a view to urgently publishing the respective ordinance that regulates maritime transport. Eleven years of waiting and silence… Will we stand by the resolutions, ladies and gentlemen? For the “letters of manumission,” for the lack of constantly reminding us that the autonomous regions must be duly respected? What is the harm of this negative value of silence? The lack of regulation regarding the provisions of article 4 of Decree-Law no. 134/2015 of 24 July prevents the application of these rules; prevents the need to ensure the social and territorial cohesion of the autonomous regions. While excessive delay harms the socio-economic fabric of our country and its people!”