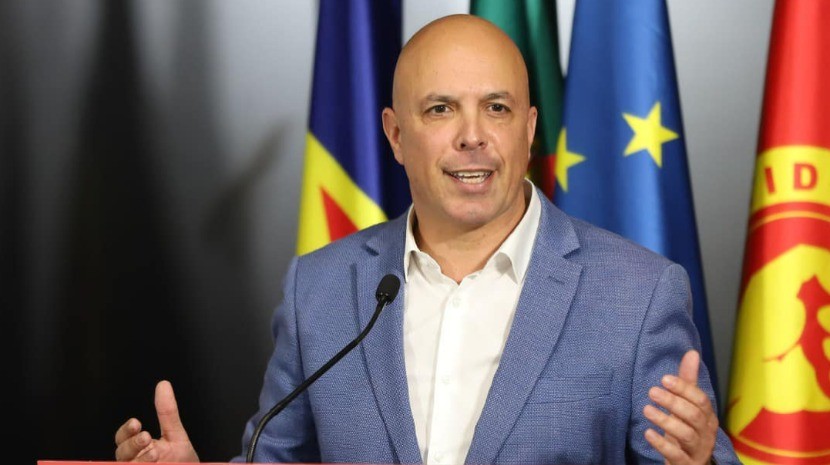 The former President of the PS-M, Paulo Cafôfo has officially been confirmed as the new Secretary of State for Portuguese Communities in Prime Minister, António Costa’s, new government.  He will take over from Berta Nunes.

The name of Paulo Alexandre Nascimento Cafôfo is now included on a list of 38 new secretaries of state appointed by the Presidency of the Republic, and will be confirmed in office at 17:00 on Wednesday the 30th of March, at Palácio Nacional da Ajuda, in Lisbon, alongside his government colleagues.

His appointment has come as no surprise, and over the last couple of weeks many have thought that he would take up this position.

Paulo Cafôfo, 51, has a degree in History from the Faculty of Arts of the University of Coimbra, is a teacher by profession, and has taught in several schools in Madeira.

He was elected Mayor of Funchal on 29 September 2013, when he ran as head of the independent list for the coalition that included PS, BE, the New Democracy Party, MPT, PTP and PAN, with 39.22% of the votes.

On October 1, 2017, he was re-elected as President of the municipality of Funchal by the Confiança coalition (PS, BE, JPP, PDR and Nós Cidadãos), with 42.05%.

Cafôfo was also president of the Association of Municipalities of the Autonomous Region of Madeira and of the Confederation of Outermost Municipalities.

He resigned as Mayor of Funchal in June 2019 to be the candidate nominated by the PS for the Presidency of the Regional Government of Madeira, where he lost the election to the PSD.

Paulo Cafôfo was elected president of the PS of Madeira in July 2020, but resigned after the PS’s poor result in the region in the last municipal elections, and was replaced by Sérgio Gonçalves in February this year.

And as of Wednesday, he takes his place in António Costa’s government. Taking to Facebook, the new Secretary of State for Portuguese Communities said:

“It is an honor and a great responsibility to have been invited to be Secretary of State for Portuguese Communities.”

“Serving the country is a source of pride, even more so when it comes to serving the Portuguese spread across the four corners of the world. Like our emigrants, who teach us lessons in humility every day, I will not forget my origins or Madeira.”

Reactions to his appointment are said to be mixed!