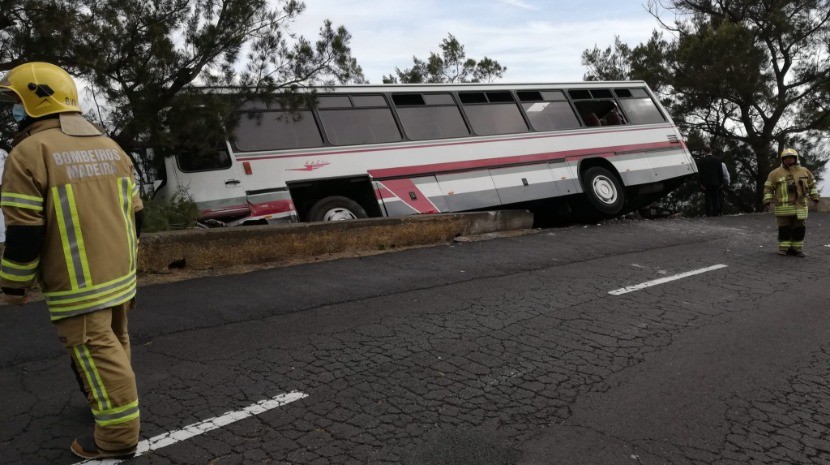 With the sound of multiple emergency service sirens this afternoon, it was not hard to imagine the outcome. Yet just under three years since the Caniço crash, a local Empresa de Autocarros do Caniço bus, was involved in an accident with another vehicle, leaving the bus straddling a low safety barrier, its descent down a cliff face only prevented by a couple of scrub trees.

Three people were taken to hospital, including the driver who was complaining of back pains. That said, he worked hard at helping people to escape from the wreckage.

I have travelled with this company for years,  and have always thought of them as safe drivers.