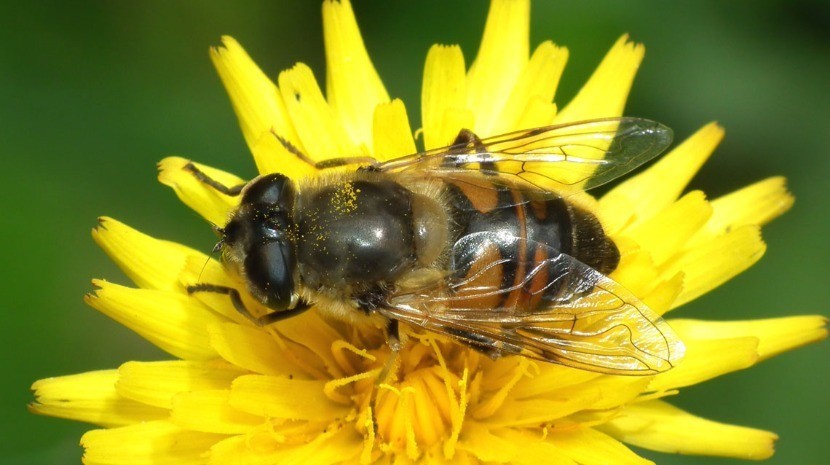 A swarm of bees forced the partial closure of Rua 31 de Janeiro today.

The safety measure was taken to prevent passersby from being stung.  Although firefighters were called out to the scene to collect the swarm, they did not have the necessary equipment and therefore a specialised company was called in to deal with them.

Swarming is a natural occurrence when a bee colony becomes too big and outgrows its original home, or when the queen cannot control her workers with her pheromones.  It is at this point that the workers signal that it is time for them to leave.  They will of course take a new queen with them, although there have been cases of queenless swarms.  This is also a survival trait, as too many bees put too much pressure on natural resources, leaving them prone to illness and starvation.