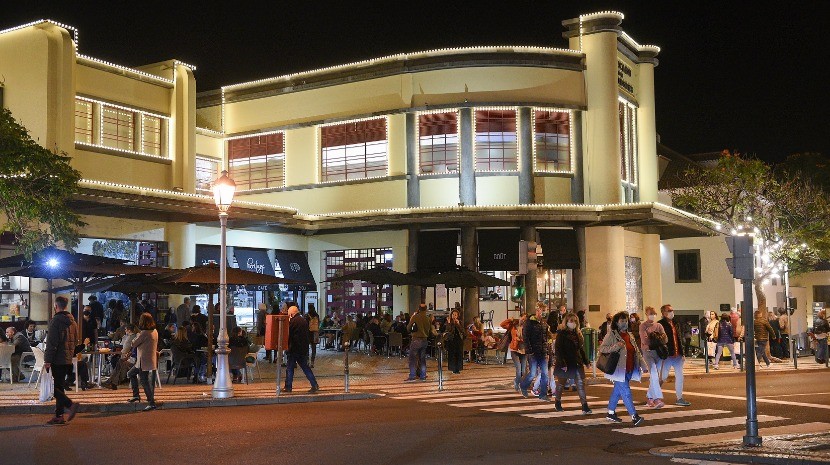 Resident Loses it in Old Town

By Samantha Gannon on 1st March 2022 8:11 pm
A local Old Town resident, couldn’t take the non-stop music anymore and threw a wobbly in a local bar.
The incident occurred at a bar in the Old Town of Funchal in Travessa João Caetano, where a local resident finally snapped and caused a scene.

According to bar owner, a man walked into the bar and asked him to turn down the music, however, when the employee refused, saying that he was well within the legal noise pollution regulations, the man lost his temper, taking his frustrations out on the bar infrastructure and threatening the barman.

However, today, Carlos Santos, admitted that he lost control, stating that the barman’s lack of consideration turned out to be the last straw,  as for the last twenty years he, his family and other residents have had to cope with increasing levels of noise pollution from local bars and businesses.

While talking to local newspaper, JM, Carlos said that he was not trying to justify his actions, he is only trying to get people to understand what the local residents are going through, night after night. “For more than 15 years we have been unable to rest on weekends, holidays, etc. Every night they try to increase profits. And I’m not against it, but then they go home to rest and we residents have already lost that opportunity. There are elderly people, children, students and workers in the Old Town. Think about it a little. And then tell me if you don’t react…”

“As a result of the increase in commercial spaces within the Zona Velha, many residents have decided to look for another place to live. There used to be about 600 residents living in 200 dwellings. But this figure is diminishing as people are desperate to leave so that they can find somewhere quieter to live.  We understand businesses must prosper, but we also deserve respect and consideration.”

He went on to say that he has been trying to resolve the situation, and that he is a conciliatory man who does not intend to cause trouble.  The problem is that without proper rest he has become a nervous wreck, and the barman’s incomprehension to the situation was just too much for him to take.

Concluding he went on to say that he has already presented ‘dozens of complaints,’ namely from the bar in question. Other residents have also complained about this establishment but nothing has changed.  “We have all complained to the police, the Government, the Chamber, the Board… We only ask that the law be followed. And if these premises are licensed, let them comply with noise pollution laws.  That is all we ask!”