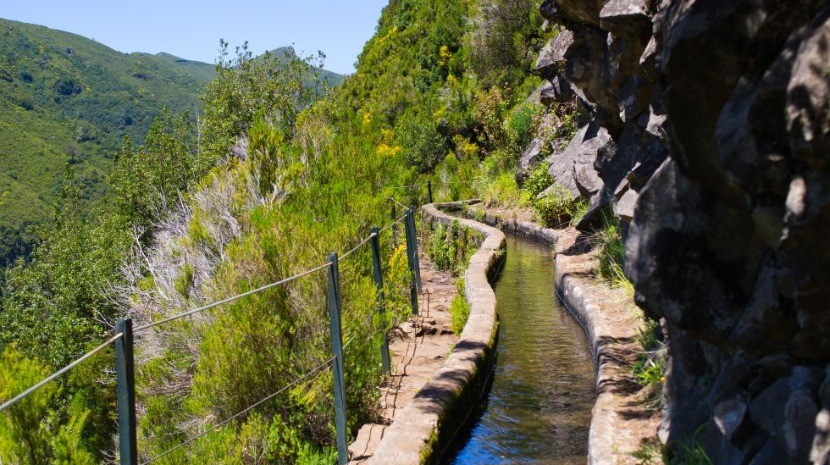 Consider The Beauty of the North

The President of the Regional Parliament (ALARM), José Manuel Rodrigues, took to the stage today (19th of October) and reiterated the need for visitors to the island to experience and appreciate the beauty of the north of Madeira, especially as many companies simply use this area as a passing point from one place of interest to another.

While taking part in the Madeira Days, held in Porto Moniz, he said that he  believes it is necessary to encourage the creation of mixed package tours where tourists can spend a few days both in the north and south of the island, providing the former with much need revenue and employment opportunities.  Rural tourism, mountain tourism and agrotourism can be the lever for the recovery of the norths economy and for the revitalisation of local agriculture which would have a positive impact on local restaurants and the areas local gastronomy.

In addition, he stated that “it is imperative that new safety signs, together with paths, trails and pedestrian path signs are restored and installed, as the north of the island is renowned for its natural beauty and wonderful walks. Another tourist attraction centres on the extreme sport sector where the maintenance of water courses is essential.

José Manuel Rodrigues also defended the need to encourage a greater appreciation of the “unrivaled heritage of the levadas which transport water from the North to the South of the island and a ‘Water Museum’ should be created to give visitors a better understanding of how important they are today, albeit for other reasons, as they were when they were first built.

Furthermore, during each decade, Santana, São Vicente and Porto Moniz lose, on average, 10 percent of their population, a situation that also affects the southern municipalities of Calheta and Ponta do Sol. In the 50s and 60s of the last century, this relocation of people centered  on the search for better living conditions and employment in Funchal and other countries.  It was a movement that aggravated the macrocephaly of Funchal, but also of the municipalities of Santa Cruz and Câmara de Lobos, causing disruptions as demand grew for housing, education and health.

This he said, was later offset by the Regional Government as they implemented huge public spending initiatives on road infrastructure, raising basic living conditions, providing 6new employment opportunities and that the inequalities do not just lie between the north and south but within the municipalities themselves, in particular Funchal.