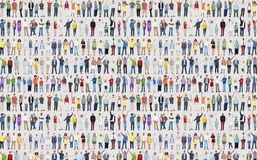 Without Migrants Some Sectors in Society Would Collapse

The Director of the Migration Observatory, Catarina Reis Oliveira, argues in a study presented this week, that without immigrants, some sectors of society would collapse.

Writing in the Observatory’s 2022 Annual Statistical Report, which contains indicators of the integration of this population, she wrote:

“Immigrants play a key role in the efficiency of labour markets, and it is clear that without immigrants, some economic sectors and activities would collapse.”

In most European countries of immigrant reception, including Portugal, foreigners have “higher activity rates than national ones.” In this area, Portugal appears in the fourth position among the 27 countries of the European Union where foreigners have the highest activity rate: 75.5% in 2021, representing +17.9 percentage points than that in Portuguese nationals that year.

The report also stresses that, although the dominant feature in the Portuguese labour market is the permanent link, this “is not the main employment link for most workers of foreign nationality.”

In 2020 more than two-thirds of Portuguese workers on behalf of others had an unterm employment contract (69.8%), while in the case of foreigners only about one-third had this type of employment relationship (35.1%).

The evolution of unemployment in the last two years must, however, be framed by the impacts of the Covid-19 pandemic on the Portuguese economy.

As in other European countries, in Portugal resident foreigners are at higher risk of poverty and live with greater material deprivation.

In the reference years of the report, there was “an increase in the risk of poverty or social exclusion in both foreigners residing in Portugal and nationals”.

In 2020, the risk of poverty or social exclusion of foreigners in Portugal was 18.9%, rising to 35% in 2021 (+16 percentage points compared to the previous year, and +13pp compared to Portuguese nationals).

“Although from 2020 to 2021 there is a strong increase, the percentage of foreign residents in Portugal at risk of poverty or social exclusion is still far from the value assumed in 2015, when the risk of poverty of foreigners was 45.1% (that year +20 percentage points than that observed for Portuguese nationals),” according to the data included in the study.

“These results associated with greater vulnerability, poverty and deprivation of foreigners do not, however, induce their greater dependence on the social protection of the country,” she concludes.

In 2021, foreigners came to represent 10.1% of the total taxpayers of Portugal’s social security system, “relative importance unprecedented” and “more expressive than you would expect”, given that “only represent 6.8% of the resident population.”

Concluding she said, “the foreign population residing in Portugal continues to play an important role in counterbalancing the accounts of the Social Security system, contributing to a relative relief of the system and its sustainability.”