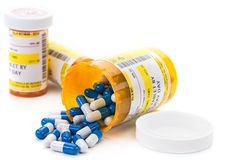 “The measures announced by the Regional Government, to contain the problem, are nothing more than a bandaid on an infected wound, a measure to ease alarm caused by intrusive media reports about Madeira’s ‘Bloom’ problem.”

While talking to reporters the PTP accused the Regional Government of being unresponsive to the situation and unable to deliver promised measures.  This is a relatively new phenomenon on the island, and therefore, there are no previous precedents to work from.  Moreover, they maintain that the island’s drug problems cannot be resolved in two days.

One of the problems is that drugs like bloom, have not yet been officially criminalised.

This year alone, the Public Security Police (PSP) has logged 97 incidents related to the trafficking and consumption of psychoactive substances,  This was revealed by Pedro Ramos this afternoon while attending the 1st meeting of the “Novo Olhar Commission – Combating New Psychoactive Substances.” A meeting held at the Health Secretariat that brought together a group of 15 people from various health and judicial entities.

The Regional Secretary for Health and Civil Protection also confirmed that this new commission will work quickly to criminalise all new psychotic drugs. However, the biggest problem lies in the number of psychoactive drugs already seized, which went from “2,190 grams in 2021 to 12,000 grams in 2022.” He went on to clarify this by explaining that the increase is due to greater police awareness and actions which has led to a greater number of seizures and arrests.

Finally, Pedro Ramos revealed that these “drugs reach Madeira” by post, so it is important for the authorities to know “how this type of acquisition is made.” Therefore we need to reinforce our commitment to ending this scourge by criminalising and increasing fines for those caught consuming or trafficking drugs.

The New Psychoactive Substances, alter mood, perception, and behaviour, and either arrive in pure form or are cut with several other ingredients which are NOT controlled by the United Nations Single Convention of 1961 on Narcotic Drugs, or Portuguese Law.