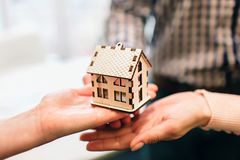 The RIR (React – Include – Recycle) party, met with residents in Quinta Grande to address the new Social Housing Project designated for the area.

However, according to the party, residents are so incensed that they do not want to talk about it, even though the social housing project is moving forward.

According to an RIR report sent to media outlets:

“Residents fear that for the parish, the people housed there will not benefit the locality, which already has problems with regard to insecurity and drug abuse and trafficking. Residents have reportedly stated that they need day centres, that will help both the elderly and children, job training, and student support.

Concluding, the RIR request that all land acquisitions are made public and that there is transparency throughout, especially as the promised day centre has been postponed to give priority to council housing.