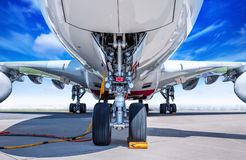 The Portuguese airline has another nickname amongst the Portuguese: “Take another plane.” But TAP is important for the islands’ connections to the mainland. The convoluted history of the company shows that the management of a state airline is difficult. Private investors have bought a part of it two years ago. Now TAP is again in the hands of the state.

TAP received high amounts of taxpayers’ money in the past.

In July and after a complaint by Ryanair, the European Court stated that the emergency injection of 1.2 Mio Euros into the company in 2020 had been illegal. Now, however, the European Commission gave its OK to the influx of money, based on the problems caused by the pandemic.

In order to avoid distortions in the competitive market, TAP has to sell some small holdings in other airline-related businesses and the kicker: it has to cede 18 slots out of and into Lisbon airport.

The airline also has to limit the number of planes to 96 (before the Pandemic: 108). The Vice-President of the European Commission, Marghrete Vestager says this will “ensure the that the airline is on the way to viability in the long term.” Hmmm…

Mrs. Vestager must have listened to our Minister of Infrastructure, Pedro Nuno Santos, who said, that without this approval by Brussels, TAP would have to be closed down.

The Portuguese Pilots’ Association congratulated the European institutions on the decision, as no staff will have to be fired.

Ryanair didn’t like the decision: “… Commissioner Vestager demanded that TAP only deliver 18 of these ‘slots’ per day (less than 5% of the total slots in Lisbon), and only from November 2022, which allows TAP to continue to make it difficult for competitors to operate and [stop passengers to] choose ‘low-cost’ airlines such as Ryanair”, defends the low-cost airline. Doubtlessly, they will continue to nibble on TAP’s heels.