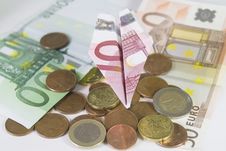 Countries increasingly challenge former residents who attempt to move to another. Although the rules vary, most states define a “resident” as an individual who is in the state for other than a temporary or transitory purpose. Countries consider a person’s “residence” or home to be the place of his or her permanent home to where he or she intends to return to whenever absent from the state for a period of time. Most claim the right to tax an individual’s income if they are believed to be resident. Usually, they also impose tax on 100% of a resident’s worldwide income from all sources, including investment portfolio income.

Resident individuals are taxable on income and capital gains wherever arising worldwide (except for those with Non-Habitual Resident status) and not on a remittance basis (where taxation is based on income actually brought into Portugal) as occurs in some jurisdictions. Unlike the “Residência” (the Residency Permit issued by the Foreign Office or your local Council) residency for taxation purposes is factually determined. Individuals may be deemed to be tax resident in the following situations:

Question:  When is a foreigner considered resident for tax purposes?

Finesco:   It is important to distinguish between a Residency Permit (“Residência”) and Fiscal Residency. The former is covered by specific documentation. The latter is circumstantial in nature. Individuals are deemed to be tax resident when they meet any of the criteria detailed above.

If you do have a “Residência”, you are deemed to be resident whether physically present or not in Portugal. “SEF” now insists that non-EU residents present IRS tax declarations for “Residência” renewals as does Finanças as proof of your status.

Question:  I am “pay-as-you-earn” in the UK and haven’t filed a tax return in years. Do I have to declare in Portugal?

Finesco:   Since 2019, all residents are required to submit a tax return except those with Social Security pension earning falling below €9 150.96. No IRS income tax return can put you on the wrong side of the law, vulnerable to undesired consequences. Perhaps it is better to turn the question around: Do you have a valid reason for not obeying the Law? If you are supposed to have a Residency Permit and don’t have one, the answer should be obvious.

Question:   What are the disadvantages of being resident?

Finesco:  None.  The basic requirements are that you declare that you provide your own means and will not be a burden on the Portuguese Social Security system.