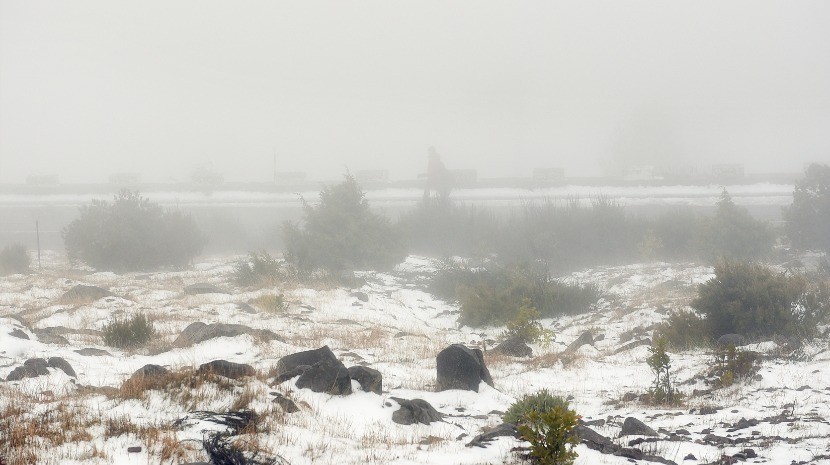 Fourteen search and rescue personal including officers from the Regional Command of Public Security Police (PSP) Madeira, the Santana Volunteer Firefighters and the Forestry Police were involved in the rescue of a 33-year-old Polish national, who was lost last night in the mountains of Madeira.

Last night, (Tuesday the 19th), at 7 pm, the Polish woman who had been walking along the Ribeiro Frio – Pico do Areeiro – Pico Ruivo – Curral das Freiras levada, contacted the national emergency number (112) saying she was lost and in need of assistance.  Aware of the adverse climatic conditions; extremely low temperatures, snow, strong wind and rain, a search and rescue mission was immediately initiated, with the teams searching along the routes from both Curral das Freiras and Achada do Teixeira, in the hope that they would be able to find the woman quickly.

Fortunately, the rescue services were able to keep in telephone contact with the woman and through geo-referencing, the Public Security Police were able to pinpoint her exact location, where she was found at 10:00 pm near Vereda Lombo dos Portis, but had wandered off course and was stranded on an escarpment.

With the difficulty of the location, and the risk of injury to the emergency service teams, the rescue was finally concluded at 01:00 this morning, it then took a further three hours for rescuers to move the woman, who was already suffering from hypothermia, to a point where she could be safely transferred to a waiting ambulance, and driven to the the Machico Medical Centre Accident and Emergency department.

In a statement, the regional authorities, praised the success of the operation, saying it was only possible due to the “excellent collaboration” of the three institutions involved.

The regional authorities further issued a plea, asking that citizens do not go out walking alone, especially in adverse weather conditions.