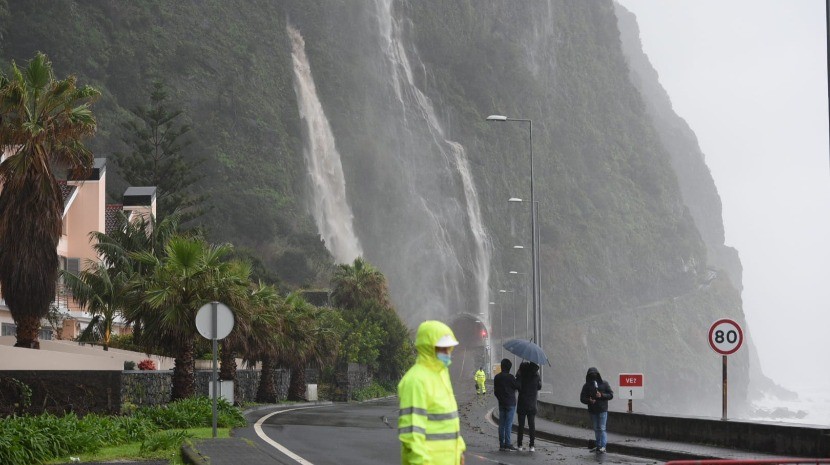 This afternoon, the Regional Secretary for Equipment and Infrastructure, Pedro Fino, travelled to Machico, in order to personally see the damage caused by the storm, most of which is in the Ribeira Grande area.

With the heavy rains, a stream located next to Ribeira Grande was obstructed, causing the flooding of a house and the destruction of some material goods. Although this situation is already under control, the Regional Government is effectively aware that all the municipalities are suffering from the weather, as is the case of São Vicente, whose parishes in Ponta Delgada and Boaventura, are still recovering from the Christmas Day storm.

On behalf of the Regional Government, Pedro Fino contacted the mayors of the municipalities most affected by bad weather, namely São Vicente, Porto Moniz, Santana and Machico, offering support if needed.

As a result of bad weather conditions, which has caused rock falls and landslides, the following Regional Roads are closed:

ER 211 – Between Sítio da Lombadinha and the junction for access to Lombadas (Ponta Delgada);

The following roads have restricted access due to the weather conditions.

ER 101 – Between Porto Moniz and Ponta do Pargo;

ER 211 – Between Lombadinha and Boaventura;

ER 211 – Between the center of Ponta Delgada and Sítio das Pingas;