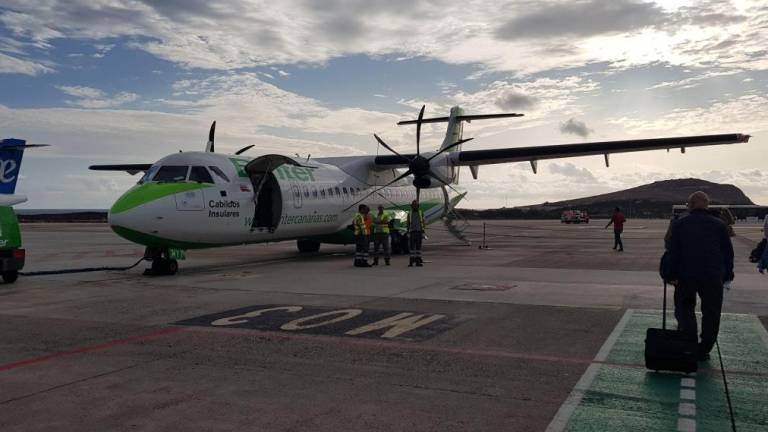 Please Release Me, So We Can Fly Again!

Spanish airline Binter, which operates the airlink between Madeira and Porto Santo, today demanded an end to crew and passenger confinement regulations imposed on the Madeira and Canary Islands route. Binter, who are based in the Canary Islands, made the demand during a meeting held today with the Portuguese Secretary for the Assistant State and Communications, Alberto Souto de Miranda.

The airlines objective is to find a solution to overcome the constraints that prevent the resumption of the Porto Santo / Funchal / Porto Santo service.  Binter ceased operating the service between the two islands at the beginning of the pandemic, leaving both islands without an air connection.   The airline believes that it is essential to resume the service for the benefit of both islands, and that both the Regional Government of Madeira and the Spanish Government should exempt the crews of this airline from  confinement regulations imposed by both governments, allowing both passengers and crew to disembark without confinement.

Responding to this, the mainland government has said that it is “committed to creating the conditions for the immediate resumption of this public service connection, and will contact the Madeiran government in order to find a solution”.  Furthermore, the government of António Costa, will develop diplomatic contacts with the Spanish Government to discuss current and future constraints, especially as Binter is based in the Canaries.

The Regional Government of Madeira has already ended mandatory quarantine requirements for all  passengers residing on either of the two islands who travel by sea.