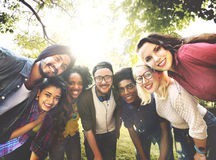 Quarantine after arrival at the airport: According to new rules,  mandatory confinement can be done at home “in the case of people who have a residence in Madeira or Porto Santo and have performed a test for covid-19, in laboratories certified by national or international authorities, within 72 hours prior to disembarkation, with a negative result ”.
Tourism: In the interview with Jornal da Madeira, President Miguel Albuquerque says he hopes that in September or October, the resumption of tourism will begin. The President of the Regional Government argues that it should be guaranteed, at the departure destination, that the traveler is not contaminated. The President of the Government, who considers that the Region is ultra-attractive for Tourism, wants security, saying that it is essential that this guarantee be guaranteed from the airports of issue. “Destinations like ours will never be able to test 5,000 people,” says the Madeiran chief executive. Miguel Albuquerque affirms that the Government is in contact with the airline companies and tour operators.
Coffee – Take-away: The Regional Secretariat of Economy announced today that the sale of coffee in a ‘take-away’ regime is resumed; it has to comply with the rules: the concentration of people outside the establishments should be avoided, keeping a minimum of 2 meters distance. There is also a ban on the consumption of coffee and other products at the entrance of restaurants and similar establishments.