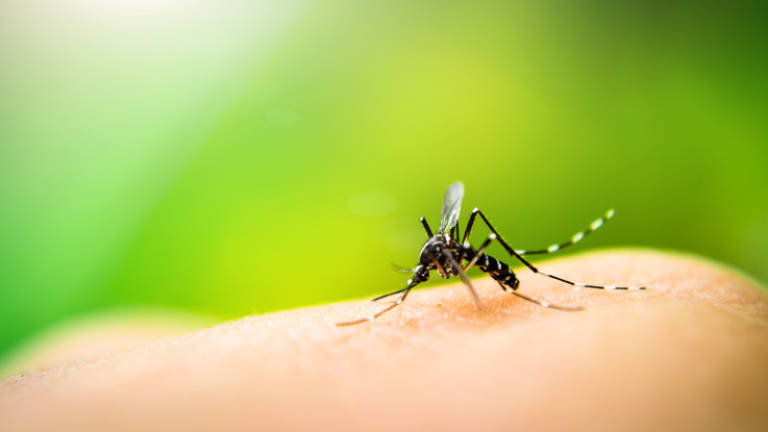 Mosquitoes responsible for Malaria, Zika and Dengue, in Thailand, are being monitored by technology developed by researchers from ITI / LARSyS, including Madeiran PhD student, Dinarte Vasconcelos.

Dinarte Vasconcelos is a PhD student at the Instituto Superior Técnico and researcher at ITI / LARSyS was in Bangkok, Thailand, last week, to install and test his new insect monitoring bioacoustic sensors.  The system was developed and tested in Madeira, in collaboration with the Museum of Natural History of Funchal and IASaúde.  It consists of a low-cost microcontroller coupled with several microphones and long-range communication systems.

Dengue and Malaria are two of the most likely diseases transmitted by mosquitoes. Over the last couple of decades, the incidence of Dengue has increased about 30 times, reaching 390 million cases per year. The transmission of these diseases depends on the dynamics of the vector (mosquito) and humans. The project in which ITI / LARSyS researchers are involved combines a set of computer techniques to improve vector monitoring in Thailand, a country where the incidence of Dengue has increased considerably, particularly in the regions of Bangkok, Krabi, and Nakhon Si Thammarat.

The project combines the use of satellite images and street views (available through services such as Google Street View and Mapillary) to identify potential breeding grounds for mosquitoes. The results already published demonstrate the effectiveness of the methods used, supported by image databases and automatic learning to detect possible breeding groups such as water containers or tyres, produce reports that can lead to the elimination of potential breeding sites. This information is collected alongside other information such as weather conditions, mosquitoes and diseases, among other things.

The intervention of the ITI / LARSyS researchers focuses on the development of bioacoustic sensors that detect the presence of mosquitoes through automatic learning algorithms, identifying and classifying each mosquito through the sound emitted by the flapping of its wings. The prototype of the system developed in Madeira costs less than 100 euros – a value that will fall if produced on a large scale – and detects various species of mosquitoes, distinguishes males and females as well as collecting additional data including temperature, humidity or atmospheric pressure.

In other tests around the world, it has been observed that mosquitoes ability to breed and feed is very dependent on their surrounding atmosphere and that playing heavy metal music reduces their ability to both breed – males have to synchronise their wing beats to that of the female and to feed.