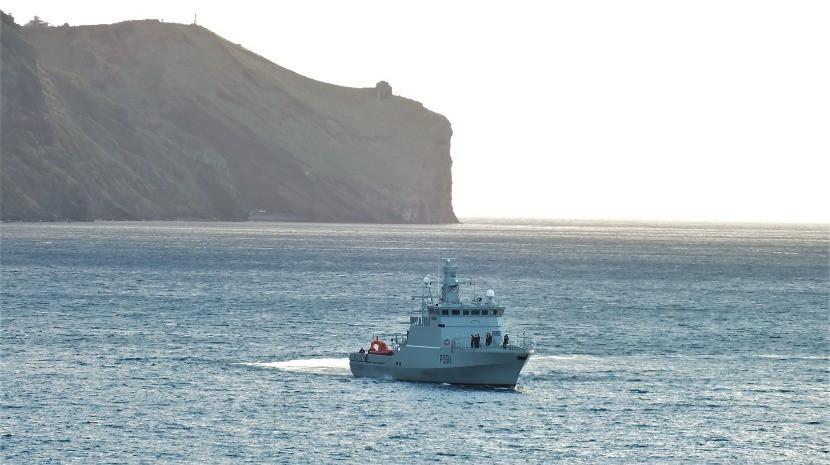 Today the ship and crew of the NRP Douro docked in Funchal harbour where they will remain stationed until the middle of June this year.  They replace the NRP Mondego, which departed on Tuesday from Funchal to their Lisbon Naval Base.

During their posting here, the Tagus class vessel and crew will be engaged in several tasks including coastal surveillance, patrol and defence missions. While the primary objective of the permanent stationing of a naval vessel in the region is to ensure a swift response to maritime search and rescue situations, to contribute to the naval patrolling effort, to support regional civil protection agencies in cases of natural disaster or disaster and to cooperate with other official bodies.

The Douro STANFLEX 300 patrol vessel is commanded by First Lieutenant David Manuel Buinho Menúrias and has a garrison of 26 military personnel (5 officers, 5 sergeants and 16 seamen).