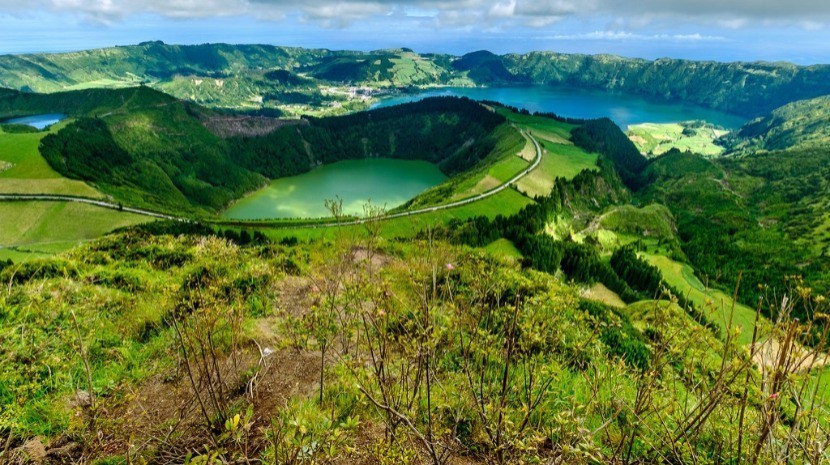 A New Island Could Emerge in The Azores

By Samantha Gannon on 17th December 2019

Following an increase in seismic activity since the 18th of November this year, Volcanologist Victor Hugo Forjaz announced that a new island could emerge in the Azores between the islands of Faial and São Jorge.

The president of the Azores Volcanological and Geothermal Observatory (OVGA), said that the seabed is being ‘pushed upwards.’ He quantified his statement saying that due to the type of earthquake, its cadence,  periodicity, Richter scale readings and tremors on neighbouring islands; Faial and São Jorge and sometimes Pico, he predicts that a new island is forming on the seabed.

The volcanologist stated that there had been ‘successive crises’ over the years in the archipelago at “two-year intervals”, and the emergence of a new island ‘is nothing extraordinary because the islands are active volcanoes and reacting to tectonic movements.’

The former professor of the University of the Azores confirmed that the phenomenon would be ‘best followed up’ with a bathymetric survey using an ROV, a remotely operated submarine vehicle, which can check for cracks, displacements and topographic changes.  He also said that the Portuguese Navy ‘should have already surveyed the area to gain a better understanding of how the seabed is moving.’

The expert recalls that in the Azores, islands have already emerged and then disappeared again, stating that the bank D. João de Castro, off the island of Terceira, which ‘was visible for a while’ and likely to emerge again due to ‘geological faults’ is a prime example. Furthermore, the volcanologist defends the installation of OBS (Ocean Bottom Seismometer) in the Azores.  He went on to say that currently a foreign team is currently using this type of equipment, which has produced some stunning results, something which neither the Regional Government or the University of the Azores are able to access.

The Seismic Network of the Azores Archipelago has been recording since November hundreds of earthquakes, some of which are felt by the population, in an area located west of the parish of Capelo, on the island of Faial. He stressed that Faial Island is not in danger, as the affected area is approximately twenty-five to thirty kilometres away.

This morning, the 18th of December, the Azores Seismovolcanic Surveillance and Information Centre (CIVISA) reported that at 08:51 (local time = UTC-1 time), an earthquake registering a magnitude of 4.7 on the Richter Scale  was recorded   The quakes epicentre was 30 km west of Capelo, Faial Island.

According to the information available so far, the earthquake was felt with maximum intensity IV / V (Modified Mercalli Scale) in the parishes of Capelo, Castelo Branco and Feteira (Horta municipality, Faial island). The quake was also felt with the following intensities in:

• IV in the parishes of Praia do Norte and Matriz (municipality of Horta);