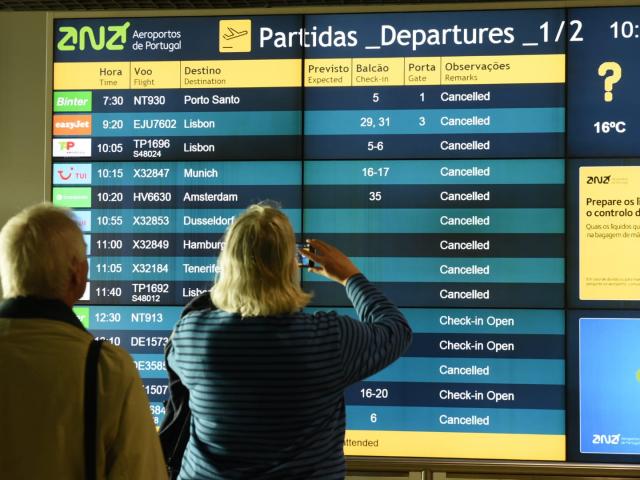 By Samantha Gannon on 5th December 2019

According to ANA’s official website, 41 flights (arrivals and departures combined) have been cancelled today due to strong winds.

The weather is expected to improve by 3 pm and worsen later.  Portway says it has 300 passengers affected while Groundforce has refused to comment on the situation.  However, the condition is under control as passengers were warned of expected delays and cancellations.

Journalists are currently trying to ascertain the situation.

Madeira is currently under an orange warning. the second most severe warning on the scale issued by the Portuguese Institute of Atmosphere and Sea (IPMA), and will remain active until 21:00, as gusts are predicted to reach 90km in Santa Cruz and 130 km in Pico do Areeiro.

Just eleven minutes ago, TAP-Air Portugal issued a press release saying that ‘Due to the continuing bad weather conditions in Madeira, and in order to minimize the constraints caused by them to its customers, TAP has cancelled today’s flights, with all passengers being transferred to tomorrow’s flights.  However, weather conditions will be continued to be monitored, and if they improve TAP may provide an alternative service today.’