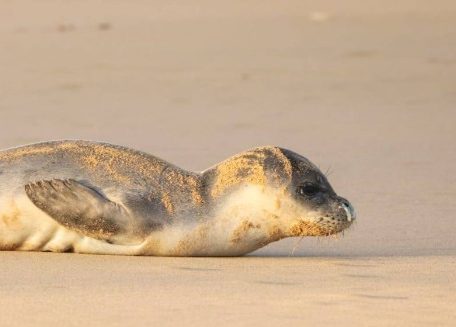 Three Out of Four Monk Seals Die in Their First Year

Three out of four sea wolves die in their first year of life, explained the vice president of the Institute of Forests and Nature Conservation, Paulo Oliveira, at the opening of the Life Madeira Project workshop, at Casa da Luz. This year’s theme is ‘Conservation of the Lobo Marinho in Madeira’ and the development of a system for monitoring their conservation status.

Reacting to the information, the President of the Regional Government, Miguel Albuquerque, assured attendees that the government ‘would investigate both the needs of the seal and what has to be to increase their survival rate. However, decisions will only be made once they have the necessary information. Furthermore, the president stated, the islands topography is also responsible for juvenile seal deaths, as many of the youngsters became trapped in hollows and die. This he said, is also something that needs to be investigated and remedied.