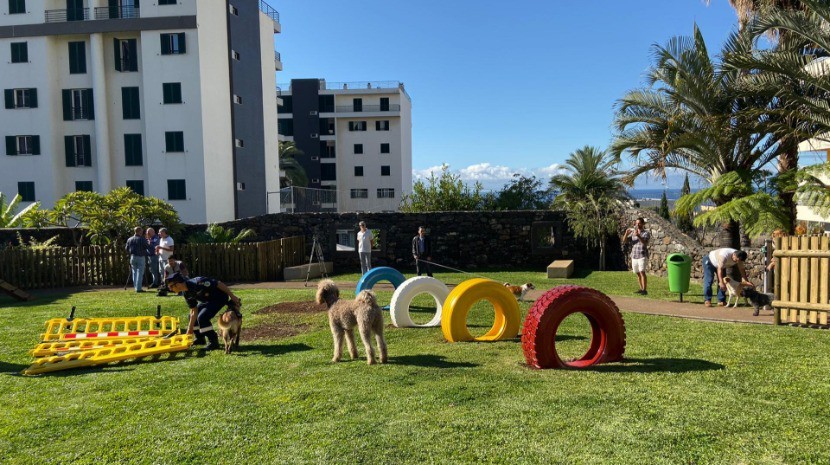 A Walk in the Park

At the opening, a spokesperson for the CMF said that the ‘Funchal City Council has always been at the forefront of animal welfare policies in Madeira, and we have now created the island’s first ‘Dog park. Which will hopefully meet the expectations of local dog owners.

Dogs can now run freely in their new colourful space, allowing them greater freedom, a chance to play and run around. Many of these dogs live in apartments, and their owners have to find a way to exercise them. What we have built here, is a place where they can run freely, creating a better environment for both owners, dogs and local residents.’

During the inauguration, which was also attended by the Mayor of Funchal, Miguel Gouveia, who stressed that ‘it often does not take much money to put good ideas into practice’ who reaffirmed that animal welfare policies implemented by the CMF ‘remain at the forefront, and that they intend to create more dog spaces and areas that promote the good relationship between dogs and their owners.’