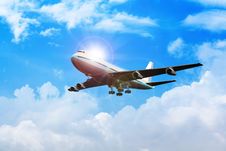 As compared to hotels, “AL” already has twice the capacity to receive tourists in Lisbon. In the nation’s capital which has 500,000 inhabitants, Local Lodging can accommodate 102,000 holidaymakers. In March 2019, there were 18,000 “AL” units in the municipality of Lisbon, an increase of around 80% from 2008, maintaining the trend of accelerated growth of previous years. Of the 18,000 accommodations, 90% are short-term holiday let apartments (notably commercialised through Airbnb), with 9% being hostels, while hotels can accommodate less than 50,000 travellers. Since 2001, the data reveals that Lisbon has been losing inhabitants while tourist demand has been steadily increasing. In 2011, the city received 2.9 million guests. By 2017, demand almost doubled to 5.2 million (+ 83%), which represents a nearly quarter of the total holidaymaker demand received nationwide.