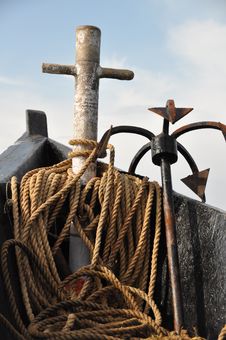 Cruise Ships Offers Passengers a Taste of the Wild Side

The new ‘Hanseatic Nature’ cruise ship (expedition) that last Thursday, for the first time, arrived at Funchal Port, spent yesterday afternoon on the Deserted Islands, and today, on its way to the Canary Islands, made new ‘ ‘Wild Islands’, where it remained at anchor until early this afternoon.

At 139 meters long and 22 meters wide, the Hanseatic Nature, opened this year, has a capacity of 230 passengers and 175 crew. This cruise carries close to two hundred passengers and 168 crew. Madeira was the first stop on this ‘small’ 13-day themed cruise, scheduled to end off the coast of Africa, after passing through the Canary Islands and Cape Verde.

The Bahamian-flagged ship stayed overnight on the northern pier of Funchal Harbor and left Funchal early in the afternoon of Friday, the 11th. In transit to La Palma, Canary Islands, it initially headed towards the Deserted Islands, where it remained. stopped ‘the rest of yesterday afternoon in front of the Big Desert. Allegedly the passengers will have landed there for a few hours. Just after dark, the Hapag-Lloyd Cruises ship resumed its march south, but towards the Wild Islands, where it arrived this morning. Until early afternoon there remained anchored, next to the Savage Grande.

Although cruise ships are not unheard of on these islands, particularly this Norwegian company, this ‘stopover’ in Selvagens is nonetheless a rare occurrence in that remote Nature Reserve, about 250 kilometers south of Funchal. But it’s perfectly cool.

Unlike on other occasions when sea conditions did not allow passengers to overflow, today the calm sea in the Selvagens has led to the disembarkation of most of Hanseatic Nature’s occupants.

With the ship at anchor in the area where the Navy patrol ship is usually located – about a mile from the coast – all passengers, or at least the overwhelming majority of 198 tourists, took the opportunity to set foot on solid ground again. While some let themselves rest by the ‘watchman’s house’, others took the opportunity to climb the Savage Grande.

“As the sea is good, they landed and came to land. There was a group of 75 people who climbed to the top of Savage Grande on a guided tour. The others who did not go up, some older, took the opportunity to relax ”, revealed to the DIARY a nature watcher highlighted there.

By early afternoon the visitors had already returned to the ship, which meanwhile resumed its march towards the island of La Palma.

In the early afternoon, the cruise ship resumed its voyage to the port of Santa Cruz de la Palma on the Canary Island of Palma, where it is expected this Sunday morning. At the end of tomorrow night, it will set sail again for the short crossing to the neighboring island of El Hierro (also in the western sector of the Canary Archipelago), expected to arrive on Monday morning. That same afternoon, begins the largest voyage of this cruise through the Atlantic Islands. Two days of sailing to Cape Verde, where it is scheduled to arrive on Thursday, the 17th, the first of three stopovers in this African archipelago. It arrives first at Mindelo, the next day, in Santo Antão, and ends the Cape Verdean passage, in Fogo Island, next Saturday, the 19th.

This is followed by the final leg of this cruise to the African coast. The port of Dakar, Senegal, is the last stop on Monday next week, the 21st.

In two years ‘Hanseatic Nature’ should return to Madeira. It has already booked a stop at the Port of Funchal for October 18, 2021.

Equipped with the latest technologies that combine comfort and energy efficiency, it uses low sulfur Marine Gas Oil as its fuel.

Built as a Polar Class 6 ship, it is primarily intended for expedition cruises on various routes in the Arctic regions during the European summer and Antarctica in the winter. In addition to polar waters, it is also used for cruising tropical destinations such as the Amazon, southern seas and exotic islands.