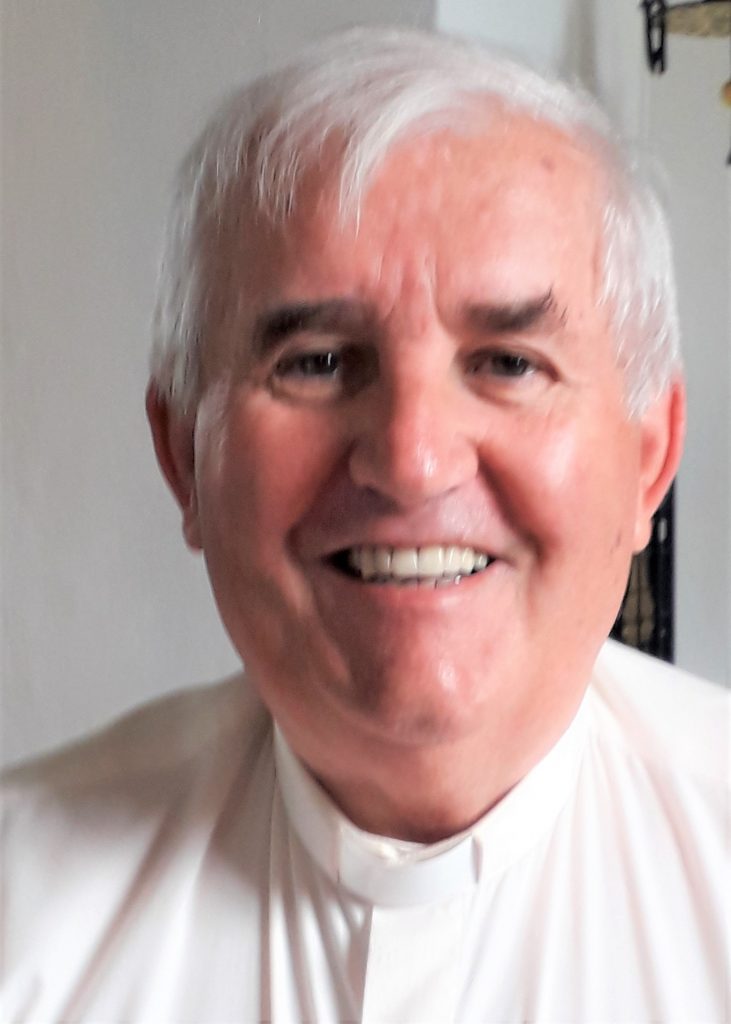 Following on from my previous Five-Minute series where I interviewed pianist Artur Pizarro, Geraldine Chaplain and Terry Jones (Monty Python), I caught up with the new vicar of Holy Trinity Church, Funchal, the Reverend Michael Jarman.

Friendly and approachable, this man is dynamic; a man who firmly believes in God, and what it means to be a Christian in today’s troubled times.  Having worked as a Contracts Advisor in the Oil sector in the Middle East, South East Asia and often seconded to companies in South America, Father Michael has not only seen the world but experienced different religions and cultures first-hand.  Having retired he then studied theology at Bristol University and following his ordination was appointed priest of Holy Trinity Christchurch, Newport, Wales.

When asked what drew him to Holy Trinity Church, Father Michael replied that he had retired from his previous position but felt that he still had a lot to offer and had prayed for an opportunity to present itself.  Five days later he saw the advertisement for a new vicar for Holy Trinity Church.  I first visited Madeira incognito as I wanted to get a feel for the church and its surroundings without people knowing who I was.  And I was drawn to the Church.  For me it is a spiritual calling, and not because it is a beautiful church located on a sub-tropical island.  But there was something more.  The church was calling me, and I felt that here I could not only work to enhance the church and its spiritual teachings but also reach out to the community, where I can offer help, support and comfort to those who may be alone or solely in need of someone to talk to.

I am very much a people person, and I firmly believe that part of my job as a Christian and God’s representative is to bring together as many people as possible under one roof, no matter what religion, race or creed, and by this I mean in all things including religious ceremonies and social gatherings, whether it is a get together over a bowl of soup, bread and cheese, film nights or other activities including monthly Church cleaning duties.  I want Holy Trinity to be an all-embracing church where people can feel safe, welcome and thrive.

The Reverend Michael’s official licensing took place on the 27th of August this year and even in his short time other religious leaders have contacted him believing that together they can do ‘great things,’ and I certainly hope so.

Wednesday         10.30 am – Holy Communion in the Lady Chapel.
The service follows the Common Worship Order.