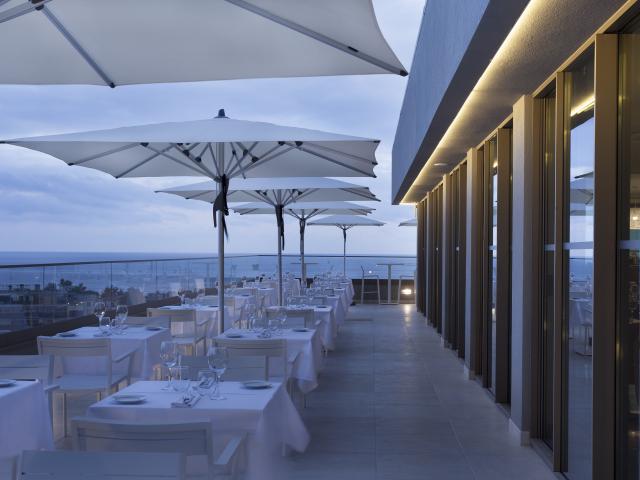 The hotel situated in Rua João de Deus,  Funchal, is now a 4-star, strategically positioned hotel in Funchal’s historic city centre, a mere 2-minute walk from the Mercado dos Lavradores.  It offers 90 rooms of different types, including superior, executive, deluxe rooms to suites which all of which have views over the Madeira land and seascape.

The hotel offers both bed and breakfast and half-board options.  The Garden Bar, located in the lobby of the hotel, is surrounded by magnificent natural vertical and horizontal gardens, offering a colonial-inspired ambiance.  The hotel boasts a superb rooftop, where there is a 360º Bistro restaurant and an equally impressive 360º Rooftop Bar which serves the pool area, solarium and lounge.

This is an urban renewal of the former Hotel Santa Maria, which operated between 1964 and 2007. This emblematic hotel was initially built to coincide with the opening of the island’s airport.