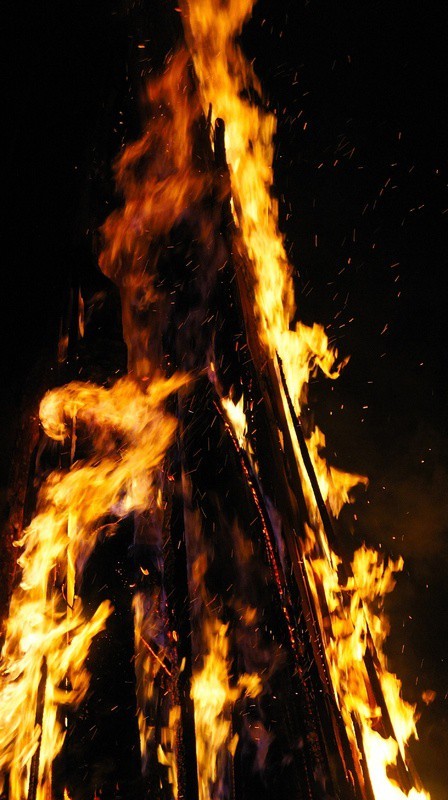 The wildfire that broke out on Tuesday around 10:30 pm in Pico, Santa do Porto Moniz and burnt throughout yesterday is now under control. However, strong winds have rekindled flames in some areas, and as of this morning, nine combat vehicles, five from the volunteer firefighters from São Vicente and Porto Moniz and four from the Madeiran volunteer firefighters were still at the scene.

The initial fire prompted the suspension of the PS campaign.  In a statement to the press, party president Emanuel Câmara, said he believed the fire was caused deliberately. Besides the São Vicente and Porto Moniz Firefighters, the fire was attended by the the Madeiran Volunteer Firefighters, the Forest Police and the PSP and firefighting helicopter and crew.  The authorities are currently investigating the cause of the fire.

The commander of the São Vicente and Porto Moniz Volunteer Firefighters, Artur Fernandes, explained to reporters that it was a “severe fire, which broke out at approximately at 10:30 pm on Tuesday the 10th. In the face of strong winds, the flames spread, and firefighters were hampered due to the lack of access to the area which meant that the flames could not be controlled as quickly as hoped.  He went on to say that firefighters were not only fighting a fire on two fronts but were also needed to dampen down areas where the fire was under control.

I would just like to add our thanks to all the firefighters and emergency services who attended the blaze.