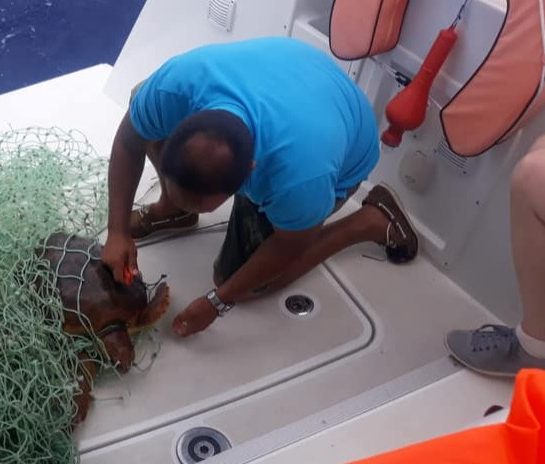 Crew members from the catamaran, Atlantic Pearl saved the life of another turtle trapped in a fishing net yesterday afternoon.

As reported in local daily newspaper JM, the crew had already rescued, saved and returned to the sea two other turtles they found entwined in fishing nets at the end of August, and yesterday, they rescued a third.  After freeing it from the nets it was returned unharmed to the sea.