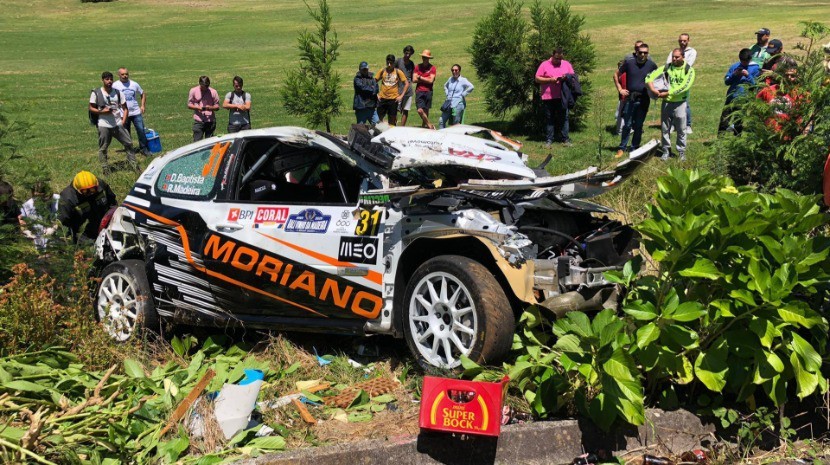 Rally driver Dinarte Batista crashed in the Shakedown of the Madeira Wine Rally this morning.  Both driver and co-driver are unharmed, but one spectator was injured during the incident and is currently receiving medical assistance.

At lunchtime today news was released that an attempted robbery has taken place at the Santander bank in Caniçal.   Details are sketchy, but the Public Security Police (PSP) and the Judicial Police (PJ) are currently investigating the situation.