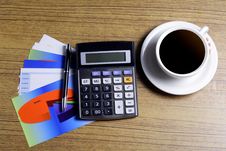 Settling cross-border tax conflicts within the European Union will follow new guidelines that entered into legislation as of 01 July as announced by the EU Commission. According to a recent  directive, taxpayers confronted with double tax disagreements within the EU that arise from differing interpretations of bilateral tax treaties can initiate a joint agreement procedure, leading countries to either settle the issues or accept a arbitration made by an independent advisory committee. The criteria applies to income or capital earned on or after 01 January 2018.