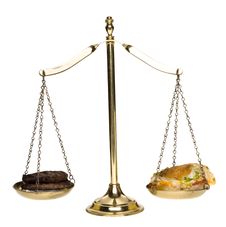 José Narciso Vasconcelos, who confessed to murdering his former brother-in-law on the 26th of May last year, was sentenced today to thirteen and a half years in prison. The defendant’s sentence comprises of twelve years for murder and eighteen months for the desecration of a corpse.

While in court, Jose Narciso Vasconcelos admitted to killing his ex-brother-in-law, José Henriques last year during an argument about leaving the kitchen light on.  He went on to say that he then decided to make the body disappear by carefully dismembering his victim into four pieces, placing the parts into plastic bags and hiding them in a hole in the kitchen wall, which he then sealed by screwing a plate over the aperture.

The court was advised that the 44-year-old victim had agreed to let his ex-brother in law live with him.  Although on relatively friendly terms it was said that José Henriques was strict about household expenses and arguments had broken out between the two of them over unnecessary waste. On the night of the murder, José Narciso Vasconcelos had been drinking heavily and had left the kitchen light on.  Enraged José Henriques argued with the defendant and is said to have attacked him.  In retaliation, José Narciso Vasconcelos struck his opponent and catching him off balance repeatedly kicked him in the head.  Unaware of the fatality of his actions, the defendant drank another two glasses of wine and then fell asleep.  He later woke at 3 am the following morning to discover his ex-brother-in-law in a  ‘shrivelled and frozen’ state.

Still, hungover José Narciso Vasconcelos then poured himself another drink before deciding to make the body ‘disappear’.

Although he has expressed his guilt and sorrow at the incident saying that he is genuinely sorry for what he had done the court has been intrigued over the forensic anthropology examination showing that lesions on the victim’s neck were made both perimortem and post mortem.

The victim had been missing for two weeks before family and neighbours became suspicious and started conducting an inquiry. This became a murder hunt when a mattress with traces of blood on it was discovered in a refuse bin close by.

It took two days after the Judicial Police uncovered the crime before the courts issued a warrant for José Narciso Vasconcelos arrest.