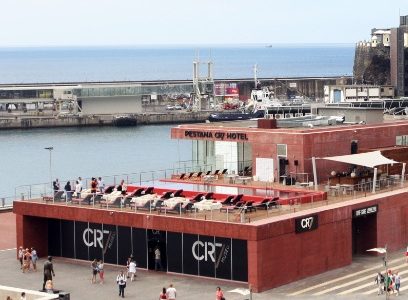 Tomorrow, the 5th of June is World Environment Day.  To celebrate this event, the Pestana Hotel Group will be launching their first ever ‘Pestana Volunteer Day’ in the fifteen countries where the hotel chain is established.

In Portugal and Madeira volunteers will undertake several tasks including cleaning beaches, mountain areas and forests as well as encouraging friends and families to take part in the clean-up operation.

The initiative is part of the hotels Planet Guest program – We are Just Guests of the Planet – which promotes the Pestana Hotel Group as a sustainability-focused company who intend to create a programme where the hotel group can develop and expand its business activities while at the same time respecting the environment, local communities, employees, customers and shareholders.

Pestana recently released a statement outlining ways in which they intend to reduce their carbon footprint and work closely with the environment, especially in its use of plastics.

‘We would like to share an important message: Pestana Hotel Group is committed to reducing the use of its non-reusable plastic by 50% by 2020.

The Pestana Hotel Group (PHG) as part of its Sustainability Program: Planet Guest – ‘We are only guests of the Planet,’ recently introduced six measures in its hotels in Portugal and around the world aimed at reducing the use of plastic by the company and its guests. With this objective, PHG hopes to reduce by at least 50% their use of non-reusable plastic by 2020, which translates into approximately eight million plastic items.

One of the initiatives centres on the substitution of plastic straws with an ecological paper option. This measure will result in a reduction of 1.5 million plastic straws per year and has already been successfully adopted in the groups Portuguese hotels in Lisbon, Cascais and Sintra and its hotels in Buenos Aires and Rio de Janeiro.

Another measure is the replacement of disposable plastic cups with reusable cups or paper cups, and PHG hopes to achieve a saving of several million units per year.

In each hotel room, two additional “Saying No To Plastic” measures are being implemented. Firstly, fitting liquid soap, shower gel and shampoo dispensers in the bathrooms instead of providing small plastic bottles of each product. Secondly, the exchanging of pens with pencils, an initiative already introduced in the numerous PHG Pousadas de Portugal hotels.

Finally, raising awareness initiatives will be implemented to remind customers always to return their hotel room keys as well as the implementation of new technological solutions throughout the group’s hotels allowing customers to digitally open their hotel room doors, instead of using plastic cards.

According to José Theotónio, CEO of Pestana Hotel Group, “With these six new management measures, firmly aimed at drastically reducing the use of plastic, we are strongly focusing on a sustainable management objective and reinforcing our commitment to the `Planet Guest´ program, following and in-line with the clear vision of our Chairman, Dionísio Pestana”.