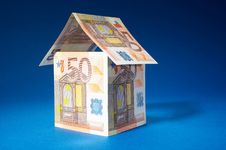 Since joining the European Union, Portugal has benefited from extensive economic support. According to the Bank of Portugal, Portugal has received a total of €130 billion since 1986 or ±2.5% of GDP per year. Portugal ranks amongst the highest among countries with EU subsidy allocations. Nevertheless, the movement of money is reciprocal. Portugal also sends funds to Europe: customs duties, agricultural charges, VAT and others. Between 1996-2018, annual transfers have been relatively constant at ±1% of GDP.