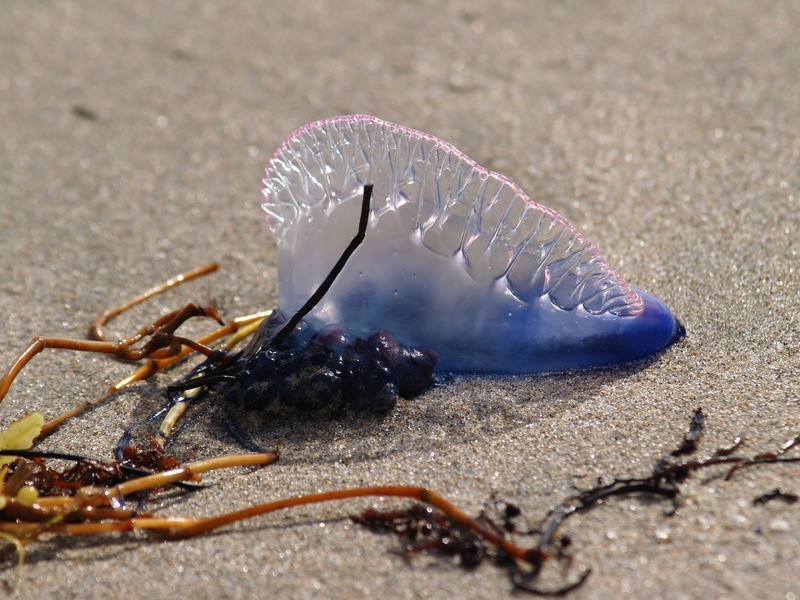 At lunchtime today, it was reported that several Portuguese Man O’ War jellyfish had been washed up on the beach of Praia Formosa.   It is believed that they were carried in on the morning tide and at least six were found in a 50 m area.

Although rarely fatal for humans the Portuguese Man O’ War’s sting can be very painful, with the pain lasting from a couple of minutes to several hours. Please be aware that the sting can also cause vomiting and  nausea. However, in the event of being stung, you should seek medical attention immediately.

Bathers are advised to be careful both when in and out of the water as even a beached Man O’ War can still use its sting.

Although often referred to as jellyfish, the Portuguese Man O’ War is a Siphonophore.  This ‘colonial organism’ is made up of polyps of the same species who attach themselves to each other forming a symbiotic relationship with each other.  By doing this they function as an individual animal would.  They are unable to survive in a single polyp state.