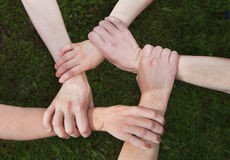 As part of her role as Gender Equality executive at Funchal’s City Hall, Councilwoman Madalena Nunes has signed an historic agreement in Coimbra between the Commission for Citizenship and Gender Equality and the National Association of Portuguese Municipalities, with a view to implement their action plan for the Prevention and Combat of Violence Against Women and Domestic Violence. The initiatives aim is to empower women who have been subjected to violence or domestic abuse by providing access to housing; thus allowing them to rebuild their lives and become active participants within the community.

In a statement, Madalena Nunes declared that this was the first time in the history of the municipality that regulations had been drawn up defining the criteria for the allocation of social housing.  She went on to say that there was still a long way to go, but that she was proud of what the municipality of Funchal was aiming to achieve, and that they were paving the way for other districts in Madeira, to take steps in combating domestic and female related violence in their parishes.

Following on from this, Guida Vieira, coordinator of the Madeiran branch of the União de Mulheres Alternativa e Resposta (UMAR), said that although alcoholism and unemployment were contributory factors, domestic abuse transcended all levels of society and that there needed to be a change of mentality and more training so that ‘abusers’ could be dealt with accordingly.

On the flip side, according to an article published in The Guardian newspaper in 2010, 40% of men in the UK are victims of domestic abuse.  Many fail to report incidences of domestic violence through fear of being perceived as weak and not being taken seriously by police officers.